How Chevy Start/Stop Saves You Gas 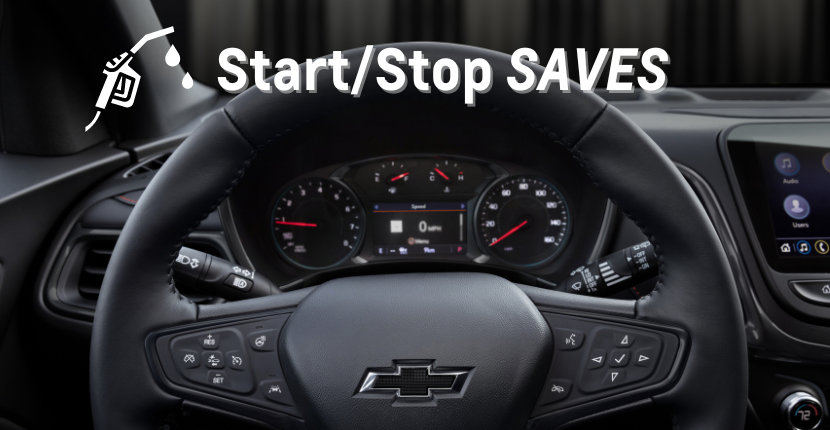 Gas prices are a little higher than usual right now, making it all the more important to save gas and increase your mileage. Thankfully, modern automobiles have plenty of ingenious technologies built into them to increase your miles per gallon. From more efficient engines to tires that create less friction to full electric vehicles—there are plenty of ways to get more bang for your buck in fuel efficiency. Mike Anderson has plenty of fuel efficient Chevy options when you visit to test drive today.

One of the most effective and easy ways to save gas is by using the automatic start / stop feature that many vehicles today come equipped with! This feature automatically turns your car off at stoplights instead of idling, then automatically turns back on once you start moving again. It is intuitive, automatic, and oftentimes, hardly even noticeable! Most new Chevrolet vehicles come equipped with this feature. Turns out, it is much more fuel efficient to start your car again than idling. Read on to learn just how much auto start / stop can help you increase your Chevy’s fuel efficiency!

Chevy Stop / Start is one of the smartest auto-off systems. Stop / Start works in the background, providing you a seamless driving experience. However, Stop / Start is so much smarter than that! Chevy’s Stop / Start also monitors factors relating to passenger comfort, such as interior temperature. If needed, the engine will automatically kick back on, even while standing still. Even more, Chevy engines have been designed to be robust and equipped to handle high-frequency start / stops, putting any fears about engine life to sleep.

It’s difficult to precisely say how much gas that Chevy Stop / Start, however, a study by the Society of Automotive Engineers found that start-stop can improve fuel efficiency by up to 8% in heavy traffic! Chevy Stop / Start is especially valuable in cities during rush hour, where cars come to constant stops.

Stop / Start is only one of the many brilliant features that modern Chevy vehicles come equipped with to improve fuel efficiency. While it may seem like a small and barely noticeable feature, Stop / Start saves more gas than you think! Come see more of Chevy’s incredible advancements in driving technology here at the Mike Anderson Chevrolet dealership. Here at Mike Anderson, we are proud to have a wide array of Chevy vehicles in stock, as well as certified genuine Chevy parts and an experienced service team. Finding us is easy! Simply search for Mike Anderson or Chevy dealer Chicago.