Is the Camaro Being Discontinued? 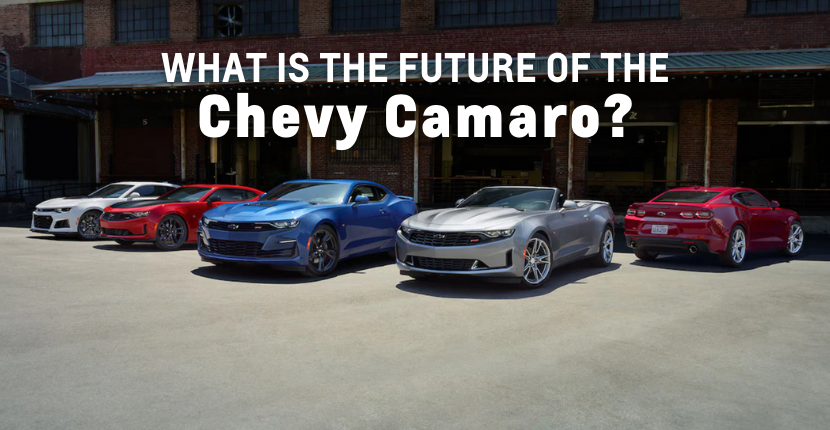 Wondering is the Camaro being discontinued? Unfortunately, General Motors recently announced the retirement of the Chevrolet Camaro. With hopes to go all-electric by model year 2035, GM is in the midst of a huge company-wide transition toward electric vehicles. This transition will include phasing out the Chevy Camaro and replacing it with an electric performance sedan. Join the all-electric future now at Mike Anderson Chevy Chicago!

Why is GM Retiring the Camaro?

The plan to make Camaro discontinued is based on decreasing sales everywhere except the United States in 2019. Specifically, sales dropped between 6.9% and 37% across Europe, Mexico, and South Korea. There might be more behind it than just low sales, though. General Motors is going through a restructuring in order to free time and cash flow for long-term projects like automated driving and transitioning to electric vehicle design and production. Chevrolet’s shift to an all-electric future means that popular models will get an electric version, while less popular models will likely be replaced with an upgraded electric model.

General Motor is planning a long transition window for electric vehicles. That means the manufacturer won’t be entirely getting rid of gas-powered vehicles for the time being. Even so, the Camaro is officially set to be retired, so it won’t be redesigned for a seventh generation.

If you’re a fan of muscle cars, you can still get your hands on the Camaro though. The sixth-generation model remains available for customers, even though GM is sunsetting the Alpha platform where the Camaro sits. Chevrolet has indicated they will keep the two-door Camaro coupe and convertible around until 2024, when it will be officially retired.

Camaro Gets a Farewell Package

Chevrolet plans to release a special-edition 2024 Camaro Farewell Edition to retire the Camaro while honoring its enduring legacy. It is expected to be available across various trim levels, including the LT, LT1, SS, and ZL1. The package is likely to feature interior and exterior design upgrades meant to send off the final Camaro in style.

Future Replacement for the Camaro

The Camaro’s replacement will be a performance electric sedan, meaning Chevy isn’t abandoning muscle cars altogether. Chevrolet is instead transitioning an iconic mid-engine muscle car from a two-door to a four-door body style. The main difference here is that Chevrolet’s four-door performance vehicle will be electric, but going electric won’t mean sacrificing power or performance with GM’s Ultium battery technology.

Looking for a Chevy dealer near me? At Mike Anderson Chevrolet of Chicago, we are one of the area’s premier Chevrolet dealerships with a huge selection of Chevy cars, trucks, and SUVs for you to choose from. Founded in 1969 by Bob Anderson, Mike Anderson Chevy Chicago is proud to continue to serve the community with a great selection of vehicles and top-notch customer service to everyone who walks through our doors. Visit us to get your Chevy Camaro For Sale now, before it’s too late!