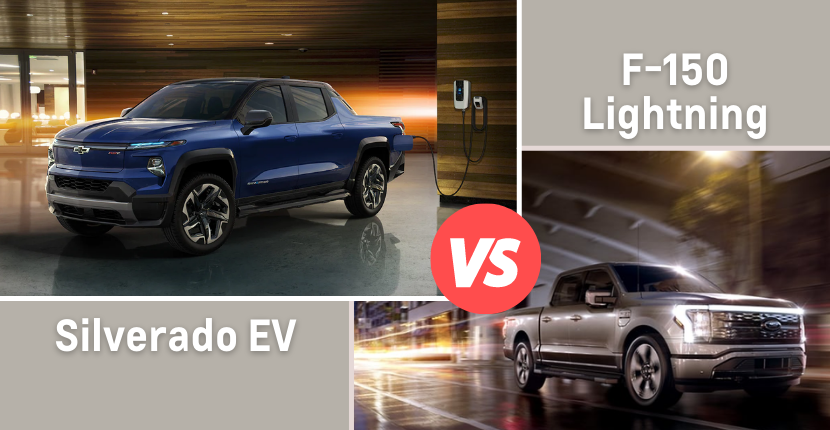 Two of the most iconic American car companies, Chevrolet and Ford are in a race to reach the all-electric future. Both brands recently released an electric pickup as part of their electric lineups. Ford released the F-150 Lightning last summer, and Chevrolet debuted its all-new Silverado EV earlier in 2022. There’s a lot of similarities between both electric pickups, but there’s so much that sets the electric Silverado above the F-150 Lightning. Learn more about the electric Silverado now at Mike Anderson Chevy!

Silverado Beats Out the F-150 in Power and Performance

More Capability with the Silverado

The Chevy Silverado electric features a bed measuring 5 ft. 11 inches, so you’ll have plenty of storage and cargo room. The F-150’s is significantly smaller, though, at only 5 ft. 5 inches. For towing, the base electric Silverado pulls 8,000 lbs., while the base F-150 can only haul 7,700 lbs. With a bigger size and greater towing capacity, you won’t have to sacrifice capability with the Chevy electric truck.

The Silverado’s Better Autonomy and Pricing

Both electric pickups will feature their manufacturer’s optional autonomous systems. While the F-150 will have BlueCruise, the electric Silverado features GM’s SuperCruise. Silverado 4 point turning also outmaneuvers the Ford. You’ll pay more for the Ford, though. The F-150 starts at $39,974, while the Silverado EV starts at only $39,900 plus electric vehicle tax-credits and incentives.

When it comes to the Silverado EV vs Ford Lightning, the electric Silverado has better performance, more autonomy, a lower price, and greater capability. With Chevrolet’s first-ever all-electric Silverado pickup, the open road is waiting. The Silverado EV isn’t just a truck. It’s a category-defying, boundary-breaking game changer that can be what you need and want it to be. Reserve your Chevy electric truck now.

Looking for a Chevy dealer near me? At Mike Anderson Chevrolet of Chicago, we are one of the area’s premier Chevrolet dealerships with a huge selection of Chevy cars, trucks, and SUVs for you to choose from. Founded in 1969 by Bob Anderson, Mike Anderson’s Chicago Chevy is proud to continue to serve the community with a great selection of vehicles and top-notch customer service to everyone who walks through our doors. Visit us to learn more about why the Silverado EV comes out on top against the F-150!